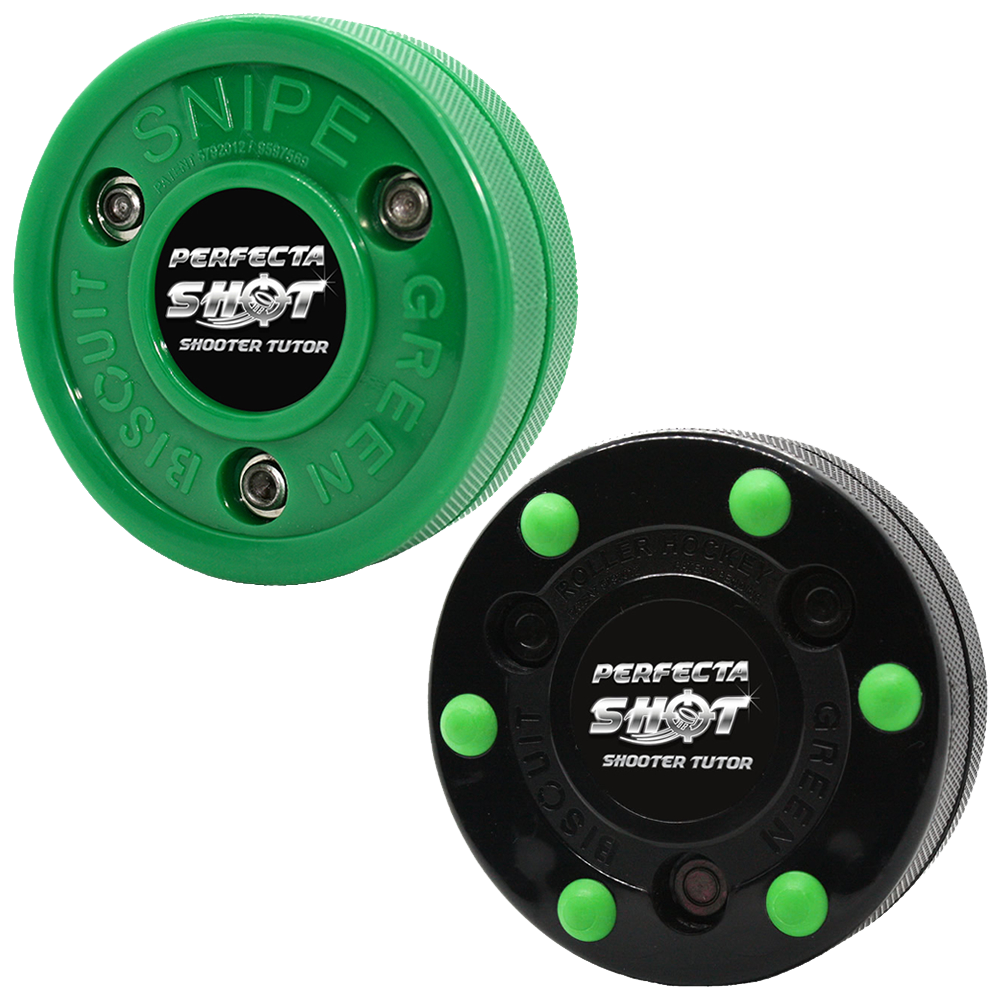 Enhance your practice with the best of both worlds! The “Snipe” puckfeatures new tread on the edge of the puck to give an ice puck feel to your shots. The Roller Hockey Puck allows you to get the real ice feel while being strong enough to shoot on net and can withstand the impact with goal posts.

The NEW and improved ‘Snipe’ puck has arrived! The ‘Snipe’ puck features new tread on the edge of the puck to give an ice puck feel to your shots. Also, the ‘Snipe’ has new reinforced rivets for added durability. The Green Biscuit™ ‘Snipe’ slides effortlessly over concrete and asphalt. Let those wrist shots, snappers and slap shots go! Get ready to Snipe!

Like the ‘Original’, the ‘Snipe’ slides effortlessly on virtually any rough surface so you can play on driveways, parking lots, streets, basements, tennis courts, etc.

The Green Biscuit™ Roller Hockey Puck is a revolutionary creation that’s improving the way roller hockey is meant to be played. This puck performs most similarly to an ice hockey puck. It’s patented 2-piece design allows more control of the puck. No more bouncing pucks or struggling to control a puck that’s on edge. Saucing the puck has never been easier and you feel the puck when you trap passes. Made with a slightly softer plastic than other Green Biscuit™ pucks, the Roller Hockey Puck allows you to shoot the puck on net and can withstand the impact with goal posts.

There are no reviews yet.

© PERFECTASHOT 2019 | ALL RIGHTS RESERVED
We are The Fluent